“Travel is fatal to prejudice, bigotry, and narrow-mindedness, and many of our people need it sorely on these accounts. Broad, wholesome, charitable views of men and things cannot be acquired by vegetating in one little corner of the earth all one’s lifetime.” – Mark Twain

A few weeks ago I was talking to someone about this work that I’m doing, visiting sacred spaces, interviewing clergy and lay people across the faith spectrum, and gathering stories. I gave her my elevator speech, which I’ve got down, having been at it for three months. But then she asked me a question that caught me a bit off guard. “So, how long have you been on this spiritual journey?” I mumbled a bit and replied, “Well, I guess I haven’t really thought of myself as being on a spiritual journey. But, now that you mention it…” 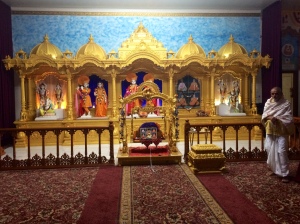 It’s the truth. This whole time I’ve been operating as an observer, an attentive student, a respectful admirer, and an intentional listener. But it’s not the whole truth. At some level, whether I’ve been aware of it or not, I myself have ventured into a journey of personal reflection and discovery. Is it any surprise? Julia Alvarez said something along the lines of “we’re all writing each other’s stories,” and I’m finding this to be a reality. The more stories I hear, the more my own story makes sense. The more I learn about the faith and practices of others, the more I learn about my own. And, well, that was the whole point of this project. I set out with the idea that faith is narrative, that narrative gives life meaning, and that understanding what gives meaning to other peoples’ lives creates a more emotionally connected world. I’m happy to report all of that still holds. And I say that as both an observer and a test subject.

People love using the metaphor of “journey” when talking about faith and spirituality. It’s rather overused, if we’re being honest, and it’s become a bit cliché. But we use it because it works. We talk about faith as a journey and not a destination. We talk about growing spiritually with every step, about meeting spiritual friends and teachers along the way. We talk about our paths crossing. We talk about seeking truth, about being in it for the long run. It just works. And in the case of this project, I knew from the start that I would have to take that metaphor and make it a reality, that I would have to actually travel outside of Kansas City if I was to get a bigger picture of our spiritual and religious landscape today. 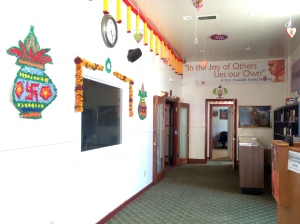 “In the joy of others lies our own.” – HDH Pramukh Swami Maharaj

So, this week, my journey has brought me to San Francisco. I arrived late afternoon and I headed right over to my first destination, trying to make the most of my first day. The Shri Swaminarayan Mandir, a Swaminarayan Hindu Temple, is located at the very top of one of San Francisco’s countless hills. From the outside the building doesn’t look like much. I called last week and was told to just show up any time between 4:00 and 8:00, when the temple is open for Darshan services. I walked in, left my shoes in the rack by the door, and was warmly greeted by a devotee. After a few pleasantries and the necessary explanations, he gave me a ten minute BAPS crash course. BAPS stands for Bochasanwasi Shri Akshar Purushottam Swaminarayan Sanstha and it is a modern sect (think denomination) of Hinduism. It was founded some 250 years ago by Bhagwan Swaminarayan, who was known for his many contributions toward the improvement of societal standards. But for devotees, Swaminarayan is so much more than a mere social worker, he is in fact God incarnate and is worshipped as such.

“You are very lucky to be here today,” said my gracious host as he introduced me to the visiting Swami and Sadhu. As it turned out, I was there at the same time as these two holy men, who had just arrived from India. I didn’t have an opportunity to speak with the Swami, but his traveling companion, Sadhu Vedanta Priya, took the time to answer some of my questions. Swamis (teachers) and sadhus (monks) lead austere and disciplined lives. They take vows of poverty and celibacy, which means they can’t own anything or even handle money and they are not allowed to interact with women. At the temple, men and women sit separately. “Of course women are allowed to worship and hear the teachings,” Sadhu Priya tells me. He explains it is simply a matter of respect and propriety. 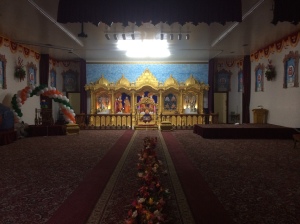 A row of flowers divides the temple down the middle. Women sit on the left, men on the right.

I’m allowed to take a few pictures, given that Mondays are slow and no devotees have shown up for prayer. Because Buddhism was born out of the context of Hinduism, there is so much about this place that feels like home. Along the walls I see words and images I recognize, “vajra,” “padma.” The men I’ve just spoken with all have malas (prayer beads) around their necks, and they look exactly like mine. “Yes, we also call it a mala,” says Sadhu Priya. A devotee has approached me and explained that the mantra one repeats in temple is “Swaminarayan,” the name of God. Swami and Sadhu take their leave and I find myself all alone in this sacred space. It feels very familiar and I am completely at peace in this quiet, impressively quiet, space. I sit down to meditate, I take my mala and do a round, “Swaminarayan, Swaminarayan, Swaminarayan…”

Teachers and monastics in this order are itinerant. They are constantly traveling, visiting temples and communities. Traditionally they never stay more than two days in one location. So, it really does seem auspicious that our journeys, mine of learning and theirs of teaching, should coincide. And it makes me wonder…what is it about traveling, about being constantly on the move, physically and spiritually? 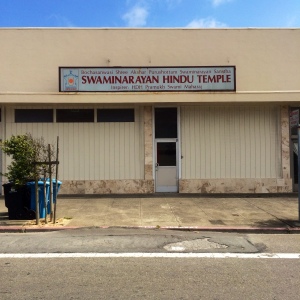